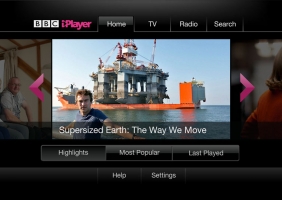 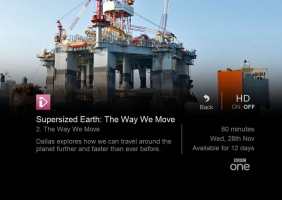 After development of the Xenon Embedded Media Player was complete, my next task was to assist in integrating it with iPlayer.

This brought significant improvements to the app with media load times more than halved and memory usage down by 20%. User feedback was suitably positive:

I have found since BBC released the Connected Red Button on TiVo, BBC iPlayer has worked perfectly. I have watched loads on there over Christmas mainly in HD and I’ve no stuttering of the picture or any exiting from the program. Also it pauses and restarts without exiting back to menu. And if you press the forward arrow slowly between each press you can jump in 1 minute segments when fast forwarding so it is pretty easy to get to a certain part of the program. Now that the resume works with SD and HD programmes you can also leave and come back to where you left off earlier. I used to have all the problems like what most others have reported but now I can use BBC iPlayer at any time (including peak time) with no problems.
spj20016, Digital Spy Forum

I managed to watch the whole of Supersized Earth in HD last night on Tivo iPlayer without a single blip, stutter or buffering. Something has improved.
m0j00, Virgin Media Support Forum