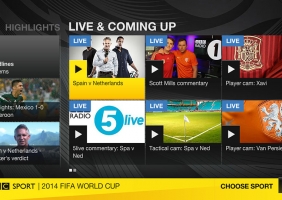 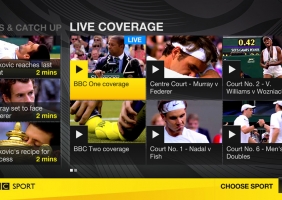 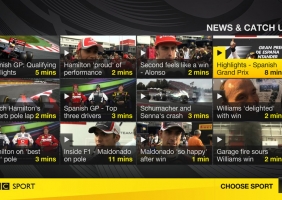 The BBC Sport app on Virgin TiVo was initially launched to coincide with the start of the 2012 F1 season in March and has since provided coverage for Euro 2012, London 2012, Glasgow 2014 and the 2014 FIFA World Cup.

This application helped the BBC attract 51.9m viewers in the UK during the London Olympics, making it the corporation’s most successful online event ever and yielding the largest TV audience reach for a major event for at least 10 years.

My involvement on this project was initially as a contractor hired to assist in its development, but after the initial release in 2012 I became its lead developer and oversaw the development of a number of new features to accommodate more sports and events.

More information is available at www.bbc.co.uk/blogs.